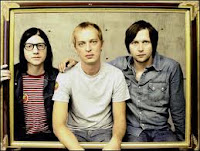 I think most of you are probably familiar with "The Greenhornes", but if not here is the brief rundown...They are a trio comprised of Craig Fox (lead vocals, guitar), Patrick Keeler (drums), and Jack Lawrence (bass). They formed in the late 90's in Cincinnati, OH. Since then they have released three studio albums, and EP, and a number of singles. They have toured worldwide and are kind of a big deal. The Greenhornes music is best described as straight up Rock n' Roll. They are just simple, unpretentious rock and their influences - primarily British Rock n' Rollers (The Kinks, The Who, The Zombies, and The Animals), are easily identified in their music.

In 2005 the group went on temporary hiatus, and bandmembers Patrick Keeler and Jack Lawrence formed "The Raconteurs" with Detroit friends Jack White and Brendan Benson. After a couple years of melting faces with the Raconteurs they took some time to pursue a few different musical projects. But now they are BACK. The Greenhornes released their 4th album, entitled "****" - or Four Star on itunes this week. The actual CD is being released November 9th on Jack White's Third Man Records. The tracks that I have heard off of the album so far are excellent. As a side-note they are playing the Aragon Ballroom in Chicago with The Black Keys on New Years Eve and New Years Day...An event I for one would really like to be a part of.

The Tallest Man on Earth (part 2) 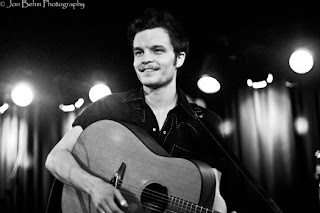 Ben first posted on this guy almost a year ago and had very kind words to say about him (all of which are true). Since then he's released another album, The Wild Hunt, which only surpassed what he accomplished on Shallow Grave. So back in September he followed up The Wild Hunt with a new EP: Sometimes the Blues is Just a Passing Bird. It offers five more songs in the same vein of his soulful, folk style he does so well. He even swaps out his acoustic guitar for an electric on "The Dreamer." Below is his most awesome cover of Paul Simon's "Graceland":
Posted by Cole at 12:19 PM 2 comments:

I think that we have posted some of their stuff in the past. I thought this song and video were very very cool - Plus they include a ring-necked pheasant in the video, which really earns them bonus points in my book...

Covering classic blues songs is a rite of passage for rock bands. It's done so often nowadays that people rarely notice when a track by their favorite band is actually a cover of some blues song from the '30s. Whether its Zeppelin, Clapton, John Spencer, Kings of Leon, or My Morning Jacket, everybody who likes to rock has done it. Today let's track the classic Stop Breaking Down through the generations.

Originally recorded by the King of the Delta Blues himself, Mr. Robert Johnson, in 1936:


Picked up by harmonica master Sonny Boy Williamson when blues began taking off as a legitimate genre:


The Rolling Stones, from the classic Exile on Main Street, 1972:


And finally, The White Stripes redefine the entire blues rock genre on their debut album by annihilating this song over the course of two minutes and twenty seconds. This is my favorite White Stripes song, period:


Nobody yells WOO! better than Jack White. If that doesn't get you ready for the weekend then I can't help you. Go rock it.
Posted by Stew C at 3:02 PM No comments: 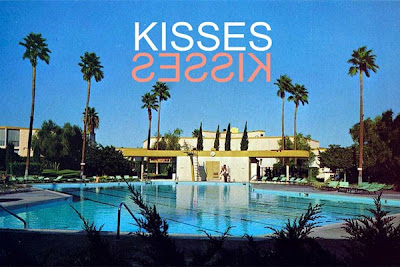 Picking Up Where Cut Copy Left Off
This is Kisses debut self-titled album. And it sounds a lot like the cover art suggests - beachy, dreamy, beverley-hillsy. Check out the below couple of vids, and get your shuffleboard dance ready. 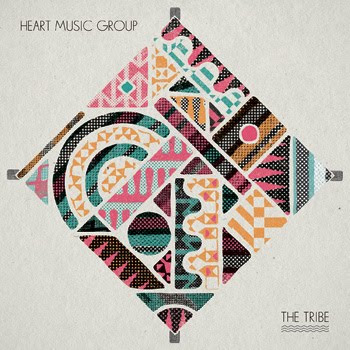 Brand Fucking New and Hottttttt
Released late yesterday, The Tribe, brought to you by Heart Music Group, features several awesome remixes from an artist I cant get enough of at the moment - Star Slinger - along with some other awesome artists found before on this blog (Baths and Wise Blood).

It's a free download on bandcamp. Scoop it here.

Here's the official video from one song: 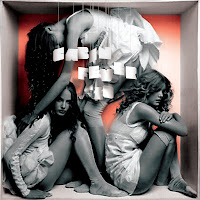 BONUS: I've decided to release another free mixtape in the not-so-distant-future. If the last one was summer-themed, expect this one to be fall/winter-ish and full of the good shit. 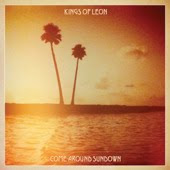 http://radioactive.kingsofleon.com/
Posted by Stew C at 4:25 PM No comments:

This Stepdad has touched me!

Following the seemingly never-ending "New" New-Wave of dance-pop, the newest addition is Stepdad. Hailing originally from Chicago and now residing in Grand Rapids, Ultramark and Cobrazebra have developed an addictive and accessible sound that feels like a combination of Dan Deacon, Gil Mantera's Party Dream, TV on the Radio-like-harmony, all held together with tight-sparkly beats.

Their first EP is free for download at Bandcamp.
Expect their first LP 'Wildlife Pop' sometime in the next year.

Watch their video for "My Leather, My Fur, My Nails" and tell me this song doesn't get stuck in your head for the rest of your day/life.

This post is dedicated to the new hardcore TSAD 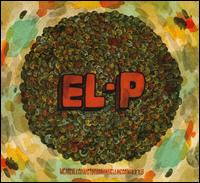 El-P is an angry dude. Why else would he title tracks Drunk With a Loaded Pistol and He Hit Her So She Left on an instrumental album? Seems a little unnecessary to me.

But El-Producto doesn't care what I think. And that's probably for the best. Here are some cuts from his nasty, heavy, and excellent instrumental album.

He's not always mad though:

He raps too! Here he is with yesterday's artist, Das Racist. This track is HOT.

Enjoy the weekend. Getcha head bobbin.
Posted by Stew C at 8:15 AM No comments: 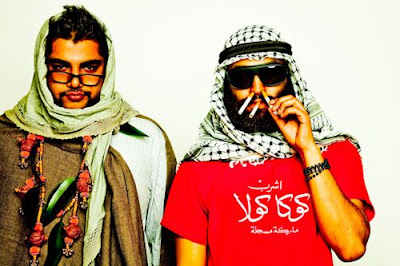 Look what Brooklyn's been up to.
This is Das Racist. From Brooklyn. And when you hear about rappers "spittin" THIS is what they're talking about. Great great lyrics, hot hot beats, good good shit. Every. Single. Lyric. Is. Quotable. Download both their free mixtapes Sit Down, Man and Shut Up, Dude on their Myspace.

Avey Tare (of Animal Collective) is set to release his first solo record, Down There, on October 26th. Earlier this week he released the first song off it called "Lucky 1." It's somewhat reminiscent of Merriweather Post Pavilion due to the heavy low end and the reliance on sampling. It also reminds me of "Lion In A Coma" due to the jigsaw harp/didgeridoo sample in it (I can never tell those two instruments apart based on sound). He also released a video (done by his sister) yesterday so check it out:
Posted by Cole at 12:02 PM No comments:

EDIT: on a random note a friend just turned my attention to this hilarious story (thanks Kunal).
I haven't been a Weezer fan since 2001. After their five year hiatus, Matt Sharp leaving the band (not to mention his lawsuits against the band) and the bust that was the Green Album I gave up on them. My decision was justified by the further releases of Maladroit (I actually kind of liked this one), Make Believe, the Red Album, Ratitude, and now Hurley (not to mention their "highly anticipated" new album Death to False Metal). That being said the band is still capable of pulling off some really cool things (I'm not talking about their awful covers of MGMT and Lady Gaga):

I know this pertains to only a few of you (Chicagoans), but Weezer just announced the Chicago dates for their Memories Tour. Those of you, like me, who absolutely love the Blue Album and Pinkerton will get a chance to hear both performed in their entirety. It's going down January 7th and 8th at the Aragon for about $50 per show. Tickets go on sale this Saturday at 10 am (CDT)***. I will hopefully be there for both. Here's a little reminder of how good this band can be:


***I am in no way affiliated with the band Weezer nor am I being paid to plug this concert. If it were any other event by the band I would actively persuade you, the reader, NOT to partake.
Posted by Cole at 11:50 AM No comments: