Posted by miller at 4:38 PM No comments:

click on the new video
Posted by miller at 10:17 PM No comments:

The Flaming Lips - Dark Side of the Moon 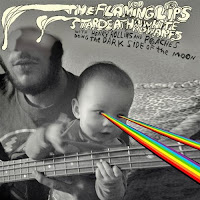 Stuff like this is why I'm glad the Flaming Lips are still making music, even if their previous album didn't do it for me. The Flips partnered with Stardeath and White Dwarfs (a collaboration that gave us this masterpiece) and brought in Henry Rollins for some voice over work to create an inspired cover of Pink Floyd's classic Dark Side of the Moon album. The result is a wholly inventive and enjoyable album, one that is crazy enough to make the boys from Floyd proud while still staying true to the original by refusing to mess with some of the classic elements that define the album: the bass line from Money, the vocal solo from The Great Gig in the Sky, the laughing madman on Brain Damage, and a few other legendary moments.

Here are some examples:
On the Run
Money

Of course, the cover wouldn't be complete unless someone mixed the album with The Wizard of Oz. So click here to see an example of that (wouldn't let me embed).

Can they pull it off live? You bet they can.

The Books - The Way Out

So it happened. Just like I hoped it wouldn't. But after 4 long release-less years The Books returned with 'The Way Out,' and...it's too clever for my taste. The fact that I would even call an album 'clever' is a sure-fire clue that it's more interesting in theory than it is good to listen to.

Not surprisingly, the new release doesn't hold a candle to The Lemon of Pink or Lost & Safe, two beautifully-composed, layered albums that struck a great and almost holy balance between instrument and sound clip.

The Way Out has a few bright spots, one of which is below (and it doesnt sound like your typical Books song, but that's ok, it's cool):

All I can do is hope that their next release comes before 2014, and is, well...good. 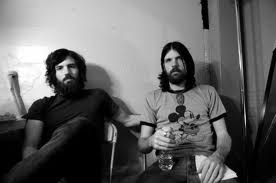 I've come to the conclusion that I just really love everything that these guys do.
This new video is no exception. so cool. 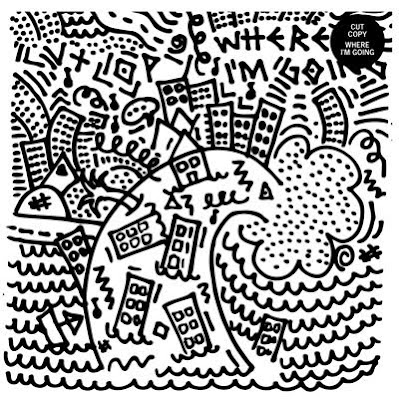 TSAD favorite Cut Copy is giving away a free download of a new track. It's a little Beach Boys-y.

What do you think of it?
Posted by Nate Gagnon at 4:28 PM No comments: 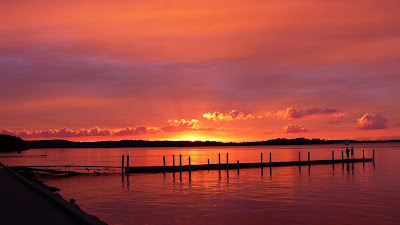 I've brought it up before and will again, Madison's Memorial Union Terrace is a wonderful place. Sunsets like this one aren't the only reason that it holds a special place in the hearts of many. The Terrace also never fails to book some of the best up and coming artists around; this year is no exception. With summer well underway the terrace has already produced a ton of great music - but their schedule in the next week and a half is truly spectacular.

CORY CHISEL AND THE WANDERING SONS
This Friday at 9:00 the Terrace features Cory Chisel & the Wandering Sons;One of my favorite up and coming Wisconsin acts. Cory Chisel hails from Appleton, WI and has really started to gain popularity since the release of his debut album last fall. Chisel's introduction to music(like so many greats) was through the power of Gospel. This strong influence is clear with just a listen. The power, range, and unpolished qualities of Chisel's voice and words do more than hint at his influences. With his roots firmly entrenched in gospel, Chisel is able to branch out in the directions of rock, folk, and Americana with ease. 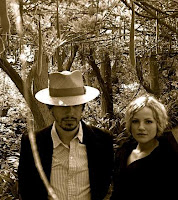 Chisel’s debut album, Death Won't Send A Letter, is dark rock & roll at its core. It takes a stance on such things as the meaning of love and spirituality. The songs seek to make sense of both the outside world and inner desires. Chisel had help from some relatively big names on the album including Adriel Harris and “Little Jack” Lawrence (The Raconteurs, The Dead Weather). Here is a taste of his stuff...

The terrace keeps the heat up next Sunday night with a huge show headlined by the Heartless Bastards, a great garage-rock band out of Cincinatti, OH. Often compared to the Black Keys (the natural parallel to draw for any solid Ohio based rock band) the Heartless Bastards feature Erika Wennerstrom on vocals, piano and guitar - the driving force behind the band. Dave Colvin plays drums and Jesse Ebaugh slaps the bass. The Heartless Bastards latest album, The Mountain, (released February 2009) delivers the powerful drive that their fans have come to expect, but also changes things up by adding mandolins, banjos, and strings (three things I'm particularly fond of. The bottom line is they kick major ass.

Stream the Heartless Bastards on Myspace

PETER WOLF CRIER
Opening up for the Heartless Bastards is Peter Wolf Crier, who I am not too familiar
with, but have heard about a couple of times in the last two weeks. I checked them out tonight, and they seem pretty cool. The duo is out of Minneapolis, MN, which is
really a great place for music. Their album, Inter-be was released on May 21.

Ever since LaLa was shut down I seem to be doing a lot more guessing. I'll hear one song on a blog, read a review, and then cross my fingers as I buy the album. So far my luck's been pretty good - Foxes in Fiction, Julian Lynch, and now Baths.

Baths is the moniker for Will Wiesenfeld, a young producer from LA. His album 'Cerulean' is his debut, and an awesome one at that. If you like Flying Lotus or Caribou, you'll probably dig Baths.

Here are a few tracks off the album, but I recommend picking this one up.


Bonus - Here's a track by Glitch Mob - Drive it like you stole it - which has a sweet heavy electronica feel to it, reminds me a little of some original Ratatat.

Big Boi, the more technically skilled rapper of 'Outkast,' finally released "Sir Lucious Left Foot...The Son Of Chico Dusty" after many a leaked song, and plenty of speculation.  The album is quite good.

The high notes for me include the surprising Scott Storch produced single, "Shutterbugg," and the thumpin' "General Patton," which exudes that T.I. sort of bass banging, head nodding, one arm up on the wheel with all windows down, sort of feeling.

"Shine Blockas" was a leaked single a few months back, and if it weren't for the fact that I've listened to that song in anticipation of this album at least 200 times, I'd say it's by far the best song on the album, and one of the best hip hop songs this year.  Here's a few cuts, the album is well worth buying for some solid, true summer hip hop from one of the best. 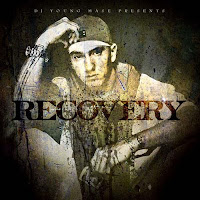 The city of Detroit and Eminem are inextricably linked. As one goes, so goes the other. They share the same highs and lows, and when Rolling Stone said that Relapse-era Eminem sounded like "a paranoid monarch presiding over his dilapidated kingdom of Detroit" they were pretty close to the truth. Let's take a look:

1999: Eminem bursts on to the scene with one of the best debut rap albums of all time. The Ford Taurus is the best selling car in America. All of Detroit is riding high on the minivan and other popular innovations.

2000: Slim Shady arguably tops himself with The Marshall Mathers LP. SUV sales begin to take off, making many people in D-town filthy rich.

2002: Em's popularity peaks with The Eminem show. Little do we know that this is as good as it will get. In similar fashion, the Hummer H2 debuts, marking the beginning of the end for the US Auto Industry.

2004: Encore just isn't as good as the three albums that preceded it, but still sells a ton. SUVs keep selling, but they will have no value in just a few short years. People all over Detroit buy houses they can't afford.

2009: Shit hits the fan. Relapse sucks and everyone knows it; GM and Chrysler declare bankruptcy; the era of American domination of the auto industry comes to a close; Detroit is in absolute tatters with an empty downtown, thousands of foreclosures, and a shrinking city that has become the symbol of the failure of American industry.

So does the release of Recovery presage the resurrection of Detroit? Not quite. It's good, much better than Relapse. Here's what I wrote about Relapse when it came out:

"The beats are great, the flow is still tremendous, but I just can't get past his delivery on this album. WTF is he doing with his voice on so many of these tracks? That weird Jamaican wannabe voice sucks. Eminem's regular delivery is second to none, he has no need to do this weird shit."

I guess Slim Shady agreed with me; he says as much on the track Not Afraid. Sticking to his amazing delivery was the right move, but it doesn't fix all the problems. Some of the verses are pretty weak and I find myself playing "find the Dre beat" because a lot of the beats on this album are forgettable.

With that said, there are some incredible moments. I never, ever expected Eminem to sound contrite and life-affirming, but he manages to do just that on Recovery. Sometimes this is a good thing, sometimes he apologizes too much. And yet he still finds time to be the scumbag that he is, owning tracks like Won't Back Down and So Bad.

So what does all this mean for Detroit? I think Eminem's new album is a perfect symbol for the new normal in Detroit and America in general: things will be good again, but they'll never be like they were just a few short years ago. Detroit and Eminem will survive, but their time on top of the game has passed. 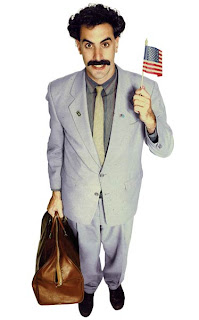 America, fuck yeah.
This week I got a great tip to check out a band called Foxes in Fiction (I'm telling you, if Twitter is good for anything it's for following music industry peeps). These guys definitely skew toward the ambient genre, so if you like that stuff, then the Foxes are for you. And if you dont? Well, I've got something for you further down.

The Foxes in Fiction disc is called Swung From the Branches, and clocks in at 20 tracks + a few bonus ones. Each track flows into the next, and it has a totally chill vibe throughout. It's a great disc to work to, excellent ambient work indeed.
Below are some highlights:

And since my favorite holiday happens to be this weekend, and I'll be heading up to the clear waters of Madison, WI, I thought I'd leave you with my favorite song that talks about i90.