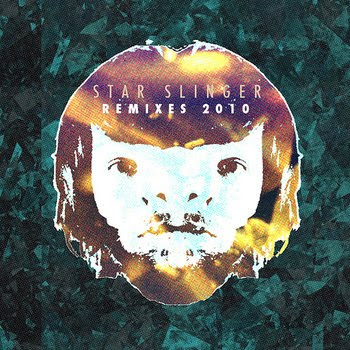 Absolutely Destroying Remixes
This is Star Slinger. A hip-hop producer from the UK that's been remixing like, every fuckin song there is, and destroying them (in a good way). His stuff is frenetic, but extremely danceable. Here's the best part. That CD above? Yeah, it's a free download. Just go to Star Slinger's Bandcamp, and follow the links.

(You might recognize him from a single song on a previous post on TSAD, and as track 8 on The Electronica Summer.)

Here's another taste. Scoop it!

I've been tracking Kanye's GOOD Friday's for a little while now, as he's been releasing a new cut each Friday for the past month or so.  He's been killing it ever since he put out the song "Monster", ft. Jay-Z, Rick Ross, Bon Iver, & Nicki Minaj.  On that note, Mos Def recently signed with Kanye's production/mgmt company G.O.O.D, or, Getting Out Our Dreams, who's roster now boasts Mos, Common, Kid Cudi, Pusha T, John Legend, and plenty more.  Anyhoo...

I just caught wind of a Kanye song which features the main sample from Bon Iver's "Up In the Woods."  If you're a Bon Iver fan in any capacity, you know the song - more auto-tune than T Pain.  It's definitely interesting to say the least, but I think pretty damn good and I can't help but continue to be amazed at the genre-bending songs Kanye's been putting out.  Remixing Bieber, teaming up with Bon Iver, appearing on a re-hash of a 30 Seconds to Mars album - and on top of this, putting out new music with Jay-Z, Cudi, Mos, Common, and more.

The guy's a busy dude, and I couldn't be happier, because I haven't had this much new music to look forward to on a weekly basis in ages.  Pay attention to Kanye's lyrics in "Lord Lord Lord." Vulgar - but just awesome.  Never heard douches and booby traps sound so good.  Enjoy some tracks below, just keep playin em:

Lost In The World-Kanye West feat. Bon Iver by nadiaCBSRADIO


aussies
Posted by miller at 11:41 AM No comments:

The Crown and Two Chairmen - An Age of Inquiry 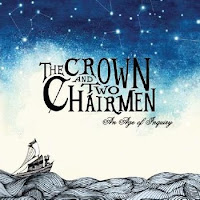 This Chicago post rock band released their debut album, An Age of Inquiry, last Tuesday. They supported the release with a show at Reggie's, accompanied by Caspian, another great up and coming post rock act. I wasn't lucky enough to attend the show, but having seen The Crown a couple of times I can personally vouch for their awesomeness. The band now features a fifth member, multi-instrumentalist Tyson Schutz.

As local bands go, this is as good as it gets. Check out the videos below, and if you like what you hear, buy the album.

This video is most excellent:

The Crown and Two Chairmen "The Case of Wagner" - Click here for another funny movie.

Enjoy the weekend and support local music!
Posted by Stew C at 12:45 PM No comments:

Posted by Gabe Calhoun at 8:24 PM No comments:

One song. So powerful.
Sabali is the name of an incredible song by Amadou & Mariam, which I bet will sound pretty familiar. That's because everyone is remixing it these days. And why not? It's got a beautiful lyrical tone full of emotion. Below check the original, followed by versions from Nas + Damian Marley, and another from Theophilus London, an up-and-coming hip hop artist from the UK (duh). (note: both Amadou and Mariam are blind. interesting.)

Bonus: here's a track I've been digging allllllll weeeeeeeek looooooong:
Teebs - Why Like This? (complete with his art as well) 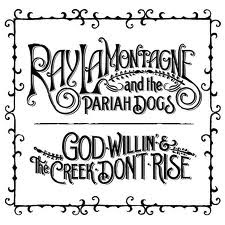 I doubt that there is anyone reading this blog who is not familiar with the work of Ray Lamontagne. Lamontagne is a bearded backwoods soul singer with a voice that is second to none. He burst on the music scene just six years ago with his enormously successful release "trouble". Since then he has been around but, as anyone who is a fan of his knows, prefers to avoid the limelight. This sort of self consciousness is very apparent in his live performances, but has its own way of captivating an audience. And it is perhaps Lamontagne's apparent and raw emotion (coupled with his voice) that make his music and songwriting so appealing.

I picked up Lamontagne's most recent record "God Willin' and the Creek Don't Rise" a couple of weeks ago and it is his finest work. One really need look no further than the album's title for insight into what its about. The album is comprised of ten songs that tell of both love and despair; they are written so perfectly and effortlessly that they without doubt will be enjoyed for years to come. The music is as simple as it is powerful.

God Willin' & the Creek Don't Rise was written and recorded in just two weeks at Lamontagne's woodland home in western Massachusetts. A review of the album that I read earlier probably put it best when they stated that "you can practically taste the woodsmoke drifting to the treetops" when listening to the album. The Pariah Dogs (Lamontagne's live back up band for several years) provide the base for the record and really craft the perfect framework to surround Lamontagne's voice. They are loose, live, and give a warm country sound that just plain works.

Take a listen to a couple of tracks. I know you'll enjoy them.

Some funky beats with a little Eastern flare - sounds best with volume turned upppp.  Enjoy (or as nate would say, in joy).

Posted by Gabe Calhoun at 4:45 PM No comments:


And for something dreamy...Mathemagic - Breaststroke

It's all over the internetz today so why not add it here for all of you music lovers? Below is a track that was supposed to appear on Big Boi's most recent and most excellent Sir Lucious Left Foot: The Son of Chico Dusty. The track didn't appear apparently because of contractual issues between Big Boi and Andre 3000's labels. But, as all great things, it leaked on the internet. Below is a video of it and Fader has it to download.
Posted by Cole at 11:42 AM 1 comment: 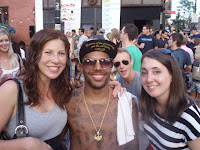 After taking August off I'm back!

Hollywood Holt is a Chicago rapper from Chicago. Chicago. I wrote about him whilst discussing Chicago Hip Hop back in the early days of the blog. Click play on the little embedded player below to stream some dope tunes from his latest mixtape, "These Are the Songs That Didn't Make the Album But Are Still Cold as Hell Mixtape."

The name of the mixtape says it better than I can: Hollywood is a funny guy. It's his best attribute as a rapper. (He's also very short. See picture above.) The theme of the mixtape could be "Bitches Be Crazy." Check out Fall Back and Ode to Relationships to see what I mean.


Spectacular. Thanks to Rob for pointing these tunes out. Enjoy Labor Day Weekend.
Posted by Stew C at 3:33 AM 2 comments:

Recently I've found myself knee-deep in what I can only describe as futuristic slow jams. This is the part where I share them:

Toro Y Moi
Ok, so Toro y Moi is the stage name of Chazwick Bundick. I shit you not. Let that name sink in a little. And while you do...here's a song or two or three:


---
Also, I had to share these. And if you watch anything today, watch these. Through some Vimeo browsing I came across 2 videos, both super different from each other, from artists I've blogged about on here before. Get your mind right and full screen these outstanding vids. 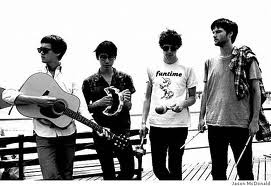 Meet The Morning Benders, an indie rock band out of Berkeley, CA. They released their debut album, "Talking Through Tin Cans" just two years ago and since then have toured with such TSAD favorites as MGMT, Yeasayer, Broken Bells (this year), Grizzly Bear, and the Kooks. Their latest album "Big Echo" dropped this year and was co-produced by Chris Taylor - the bassist for Grizzly Bear. Do yourself a favor and pick it up, its a great one to listen to on the way into work (or any other time).

The Morning Benders sound is a very unique one. They find a way to blend many of the musical ideas of a good indie rock band with those of late fifties or early sixties pop. Take a listen, you'll see what I'm talking about....

This first video is nothing short of phenomenal...