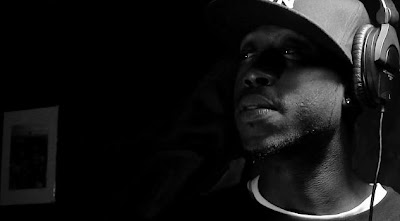 Freddie Gibbs is from Gary, IN. Dirty rap. Good shit. Here are a few examples, and you can grab his latest effort for free on his Bandcamp page, which also has this gem of an album detail message, "Str8 Killa No Filla - fuck a description."

http://www.youtube.com/prttylghts#p/a/u/0/XguJ9HaL-TY
Posted by miller at 6:39 PM No comments: 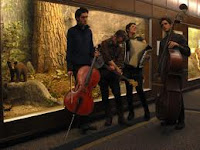 I braved the weather and made it down to see Cloud Cult at the Majestic Theatre this past Saturday. It was well worth the effort. They threw down the most powerful live performance I have seen in recent history.

Cloud Cult's opening band was Dark Dark Dark- another up and coming act out of the Twin Cities. Really dug their stuff, keep an eye on them.

Sorry for the lack of posts. Finals are over now so I can get back to sharing quality music from the top shelf.

Sufjan Stevens - The Age of Adz

This album has been getting a lot of pub on the interwebs, but it's awesome so I thought I'd give it a bump here. The whole album is pretty spectacular and is a good listen front to back (including the 25 minute monster at the end), but here are a couple highlights. Hard to believe this is the same guy who did Seven Swans. Welcome to the machine.


Get Real Get Right

Happy Friday.
Posted by Stew C at 4:09 PM No comments:

Here's a new one for ya. The guy's name is Johnny Flynn and he is out of London. His biography is not a complicated one; he's a musical prodigy turned Shakespearean actor turned musician. As a child Flynn sang in the Winchester College Chapel Choir. His musical scholarship through them required that he learn two instruments. He chose violin and trumpet. When learning them Flynn rarely used sheet music and this gravitated towards improvisation. As he stated recently in an interview with Guardian.uk.co, it was "the most rebellious thing I could do" and "it made it easy for me to pick up anything quickly".

Flynn spent his formative years listening to Bob Dylan, playing music, acting, and pursuing other traditional English pastimes including cricket, fishing, and getting hammered. However after getting out of school it wasn't Flynn's music, but rather his acting that payed the bills. Not until recently did Flynn start to take his folk talents more seriously and treat them as more than just a supplemental career.

Flynn released his first album "A Larum" in 2008 (*An EXCELLENT album). He has spent the last couple of years touring fairly heavily and just released his second album (which I haven't heard yet) in June of 2010. The first part of this year he toured with the likes of Mumford & Sons. but midway through the US tour Flynn's label suddenly pulled the plug citing the recession's effect on sales. One album into a five-album deal Flynn was dropped.

For his current tour of the States Flynn has left his band at home. The past 2 years have left him broke. Right now he is playing some small shows and has got a part in a new film, but is in danger of being left behind by his musical peers. Take a listen to these tracks, hard to believe that a guy with this sort of talent is struggling to sell disks.

Arthur Blank's favorite jam.
Posted by Gabe Calhoun at 10:41 AM No comments:

sweet stuff
Posted by miller at 8:00 PM No comments: 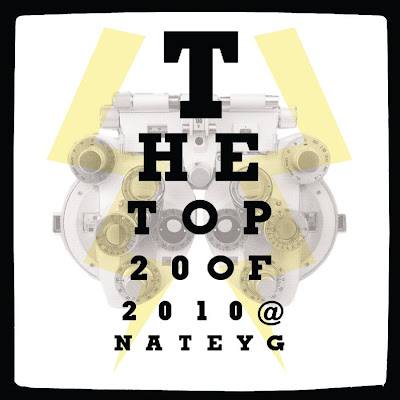 It's December 1st. It's time to get a jump on this year's best-of lists (which we'll no doubt be inundated by shortly). So here's mine, in mixtape form. It's called 20/2010 - my top 20 songs of 2010. You can download it for free HERE. It features a lot of the artists that have been featured on this blog, LCD Soundsystem, Curren$y, The National, Das Racist to name a few...along with a few 2010 one-hit-wonders.

Here's a pic of all the tracks: 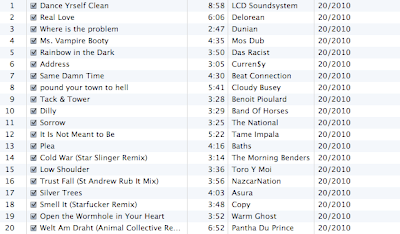 Lemme know what you think. In joy.
Posted by Nate Gagnon at 4:29 PM 2 comments: