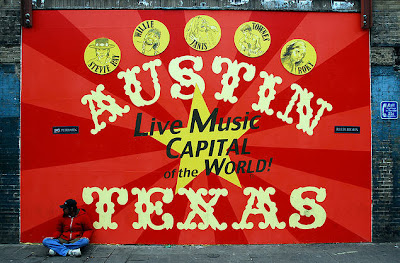 'Round these parts, they call Austin the 'Live Music Capital of the World.' Whether or not Austin deserves this self-proclaimed designation could be debated but any way you look at it, there's a lot of live music in Austin. 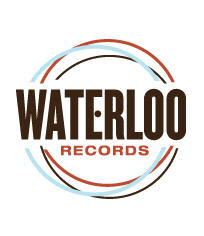 The Austin music scene has always been one that's been seen as a destination for struggling or developing musicians who can play a vaiety of good local venues. The scene has ties to acts like Willie Nelson, BB King, Tina Turner, Bruce Springsteen, the Skunks, the Police, the Talking Heads, among others. Stevie Ray Vaughn was an Austinite and played in Austin frequently until his untimely demise. There are plenty of legendary spots still in operation such as Waterloo Records (http://waterloorecords.com/), a record store that features a great website with local and national charts and several autograph sessions during ACL. Another famous spot is Antone's club near 6th street that is hosting two of the better Aftershows featuring North MS All-Stars on Thursday and Gary Clark Jr. on Friday (http://www.antones.net/). In addition to ACL, Austin also hosts SXSW in April each year, which is a film, music, and all things creative gathering.

As for Saturday, here are some of the highlights of the lineup:

Federico Aubele - 11:45 - 12:30 (doubt that I'll be up at that terrible hour) - Honda Stage
Argentinian band with a great south american sound


Unfortunately, Chromeo is at the same time as Del McCoury which might make for a tough decision. Saturday also features Cut Copy, Alison Krauss, My Morning Jacket and Stevie Wonder. Should be a good day ...
Posted by Steve P at 8:38 PM No comments: