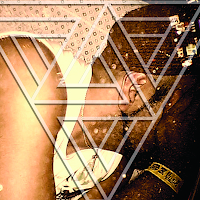 STS9 is back with their second album in as many years. Ad Explorata is a fitting name for the LP, as Murph and the boys continue to explore the limits of their genre bending style of instrumental music. The opening track, Phoneme, is a slow building gem of ambient goodness, while other tracks like EHM and Atlas approach an almost industrial sound. Overall, the album is more hard edged than their older work, but it is a natural progression from last year's Peaceblaster.

What I love about this band, however, is their live shows. You just can't grasp how much power they can put behind these tracks on stage until you see it for yourself. The studio may allow the fellas to try new things and create new sounds, but seeing a group of musicians pull off such a decidedly electronic sound mostly using real instruments is a thing of beauty. And now, ten years into their career, the band has a large and diverse catalog of music that they aren't afraid to dig deep into during their sets. They don't play two sets anymore (I think they shed the jam band moniker with Peaceblaster), but they still cram a lot of goodness into one show. Luke, Steve, and I were lucky enough to see them on Halloween this year. Here's what it looked like:

Like I said, more hard edged than it used to be. LEDs in your face!

And here's a sweet little STS9 music player where you can sample some tracks off the new album, some live stuff, some remixes, and anything else STS9: